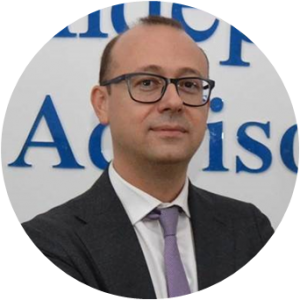 H. İbrahim has graduated from Ankara Vocational High School of Finance in 1992, Middle East Technical University, Department of Management in 1997.
During his study at the university, he has worked at the Central Administration of the Ministry of Finance.
He has worked for Arthur Andersen Tax Department, İstanbul Branch between 1997-2001.
He has worked in the private sector as Financial Affairs Manager and Financial Affairs Director and CFO between 2001 and 2007.
He received a Certified Public Accountant in 2002 , Independent Auditor in 2013 and Sworn Auditor in January of 2015,
He setup IA Tax Department and has been working as a Sworn Auditor at the IA Group. He mainly serves as Sworn in CPA for multinational and local companies in Turkey with different scales and backgrounds. He has experienced about Investment Consultancy.
He speaks English